How to eat your Mince Pie?

If there is anything that says Christmas in our Irish homes it’s these tiny, buttery, sweet, Meat-less wonders! They may have meat in the name but they’re definitely meat-free.

Most people have either a love or hate relationship with mince pies.  For some, Christmas just isn’t the same without them while for others the mince pie is the brunt of endless jokes!

But for those who love em like we do… and if you’ve ever found yourself in a situation wondering the right way to eat one, help is at hand.

Some people can gobble the whole thing straight out of the box. Whilst others like to heat it up and eat it warm. With a touch of icing sugar lightly dusted on top the classic choices could never go wrong 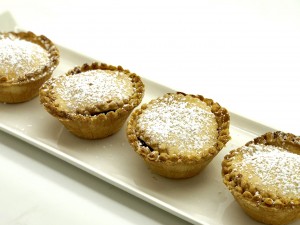 The custard is the right consistency to coat the mince pie and it helps tone down the sweetness of the filling without compromising the flavour too much. This works particularly well when both the mince pie and custard have been warmed up.

A whip of fruity yoghurt will be a good addition to those who find the mince pies a bit heavy & rich. This topping might affect the taste but with berries on top could add elements of freshness to your favourite mince pies

It might sound a bit too adventurous but it sure is the best creation as they taste simply delicious. Top the Mince Pie with a stilton based whipped cream and sprinkle it with crispy pancetta.

Did you know that the medieval people believed that if you ate a mince pie every day between Christmas and Twelfth Night, you’d be brimming with luck and happiness for the next 12 months?

According to the tradition, you must make a wish when eating your first mince pie of the season. It’s a bit late for us now, but maybe next year… They hold special powers, apparently! 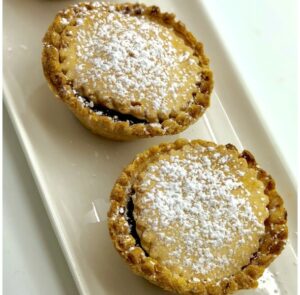 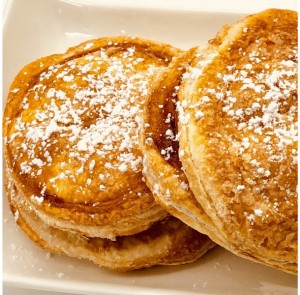 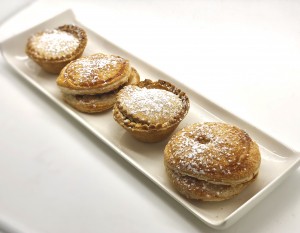 While there may or may not be any truth to the old myth, the tradition of eating mince pies every Christmas has certainly stuck with us!

Tag us when you try the mince pie with one of these options 🙂 and also let us know if you like your Mince Pie in any other way in the comments!