Christmas Pudding & How to heat them

With a mere handful of days left to go until Christmas, those of you who haven’t made a pudding yet have only one option left and that is to buy one and we have got you covered!
The pudding is the high point of Christmas fruitcakes, the top of the totem pole, with mince pies and marzipan-wrapped cakes bringing up the rear.


If you don’t like Christmas cake or the medieval spiciness of mince pies, you certainly won’t like pudding.
It is for lovers of rich, boozy foods, pre-destined gout sufferers most likely, but that shouldn’t interfere with your enjoyment of a slice of dense Christmas pudding and some smooth, hot custard poured over the top of it.

Our Yummy boozy puddings are made with Guinness and Jameson Whiskey & it tastes as good as home-made. 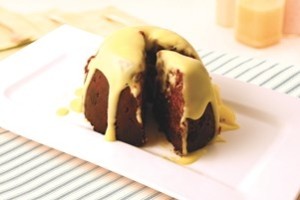 How to heat or re-heat a Christmas pudding

1. The best thing to do with this cake is to pour the brandy butter over it, set it on fire and scream fire and then share a slice with your family.

3. To reheat on the stovetop, remove wrappings and place the pudding in the original mould. Cover tightly. Set pudding mould on a trivet in a large saucepan and steam 3/4 – 1 hour or until hot.

4. Microwave – Remove pudding from outer packaging and make a couple of holes in the vacuum seal bag. Place into your microwave. ON MEDIUM reheat the pudding for around 1 minute per 500gms. This will warm the pudding without cooking it further.

5. Slow Cooker – You may prefer to warm your round pudding in your slow cooker in a convenient place away from the hustle of preparation. This method will take longer but may be more convenient and the timing is less critical.

6. Or Maybe you would like our special way, Pan fry a slice of pudding in butter and a dash of brandy over medium heat. The sugars in the fruit tend to caramelise! Serve with cream or hot custard. 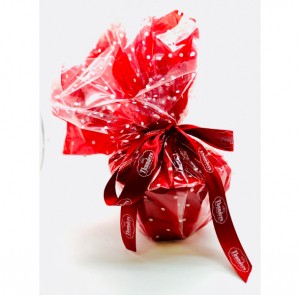 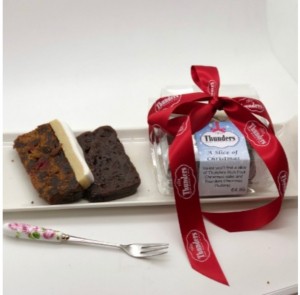